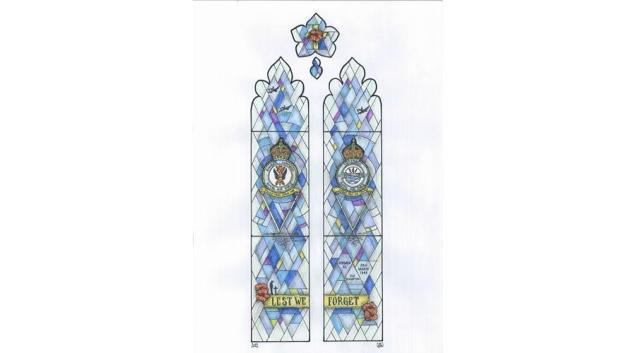 RAF Scampton is due to close as a working RAF station on 31 December 2022.  To commemorate the station’s history a new window is planned for the local parish church in the nearby village of Scampton.

It is being crowd funded, and donations can be made here. Scampton Church are being supported by RAF Scampton, the RAF Museum, the RAF Historical Society and other leading RAF organisations to create a 617 Squadron Commemorative Window. The 617 Squadron Window Campaign was launched by Wing Commander Neill Atkins (O/C RAF Scampton) live on BBC Radio Lincolnshire. The aim is to have the window installed by the 80th anniversary of the squadron’s formation in March next year.

More about the project can be found on the church website here.

Thanks to Joe Bartrop for the tip.

One thought on “Appeal for squadron commemorative window in Scampton church”