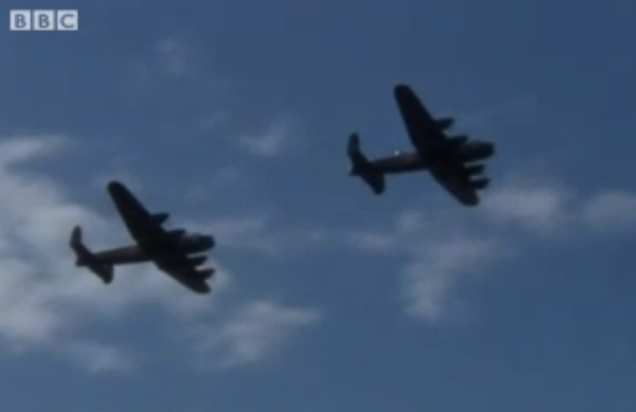 There was a report on BBC East news last night on the first flight together by both Lancasters. They took off from Coningsby on two occasions and flew several practice manoeuvres. The first scheduled public appearance is at Eastbourne Air Show at 1500, later today and on other days this week. Also at the Combined Ops Show, Flying Proms (Shuttleworth), Herne Bay Air Display and Sywell Great War Airshow later this week.