Tall, blond and good looking, Joe McCarthy was the image of an all-American war hero. A New Yorker with Irish roots, he became a champion swimmer and baseball player, and worked as a life guard at Coney Island. In his late teens, he and his friend Don Curtin became interested in flying and took lessons at Roosevelt Field, the busiest airfield in the USA.
When the war started, Joe made several attempts to join the US Air Corps but was rebuffed because he didn’t have a college degree. By May 1941, he was getting frustrated and so he and Don decided to take an overnight bus up to Ottawa in Canada, and became two of the almost 9000 American citizens who joined the Royal Canadian Air Force. Soon after Christmas they were qualified pilots and, with their new wings stitched on their uniforms, were on board a ship bound for Liverpool.
Joe’s story has now been told in a terrific new biography, Big Joe McCarthy: The RCAF’s American Dambuster by Dave Birrell. It is splendidly illustrated with many photos from the McCarthy family collection and other sources, and is a welcome addition to the growing number of biographies of individual Dambusters.
We learn about Joe’s time in 97 Squadron where by March 1943 he had completed a tour of 33 operations. How Guy Gibson phoned to ask him personally to join the new squadron he was setting up for a special secret operation. The low level training and the briefing where the crews were finally told what were their targets. And the shambles of his delayed take off on the raid, when his original aircraft was discovered to have a coolant leak.
Joe had been tasked to lead the section of five aircraft to attack the Sorpe Dam, and his replacement Lancaster was the only one which actually reached it. Despite his successful attack, and one later that night by fellow Canadian Ken Brown from the third wave, the dam was not breached but they were able to divert past the Möhne Dam on the way home and observe their colleagues’ successful work.
Joe was to fly an astonishing 67 operations before he was taken off active flying a month after D Day, along with Leonard Cheshire and Les Munro. All three protested, but the authorities were adamant. After the war, he went back to Canada and in order to stay in the RCAF took Canadian nationality. He finally retired in 1968.
Joe was a fine pilot and his logbooks recall that over his career he flew nearly 70 different types of aircraft. But he wasn’t only a flyer – he was a big man with a big sense of humour and a relaxed way of commanding those who served under him. His many exploits are well recorded here. The Verey cartridges dropped down a chimney into Cheshire’s fireplace and the horse ridden between into both the Sergeants and Officers Messes on a New Year’s Day after the war are two particular highlights.
Dave Birrell was a founding director of the Bomber Command Museum in Nanton, Alberta, and is an expert on the tremendous contribution of Canadian aircrew during the Second World War. Few deserve more praise than the big guy from New York.
Big Joe McCarthy by Dave Birrell is published by Red Kite and distributed by Wing Leader. 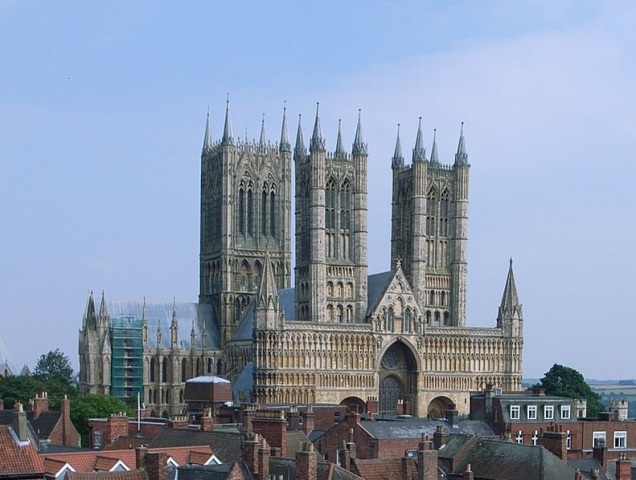 There will be a Dam Busters Commemoration in Lincoln Cathedral on the afternoon of Friday 17 May 2013 with the added bonus of a fly past by the Lancaster from the Battle of Britain Memorial Flight. This event is entry by ticket only and there are 1000 free tickets available to the public to apply for (two only per household).

Tickets can only be applied for by post, and are on a first come, first served basis. Write to the address below enclosing a stamped addressed envelope and your contact details (telephone number/email address).

Please do not call or email to reserve tickets. Only postal requests with stamped addressed envelopes will be processed, due to the high demand expected. Tickets will be sent out in March and will include further details of the event.

Today’s Daily Telegraph cartoon would appear to be a comment on this story.

Amid accusations that defence policy is now a shambles, Downing Street attempted to “clarify” an apparent promise by David Cameron that overall spending on the military would rise in 2015-16.
On Wednesday Mr Cameron said that he would stand by a pledge he made in 2010 to provide “year-on-year real-terms growth in the defence budget in the years beyond 2015.” The Prime Minister’s renewal of that promise raised the hopes of military insiders over the coming Spending Review. Commanders had feared the review would mean yet more cuts in 2015-16 as George Osborne, the Chancellor, squeezes the ministry’s budget again.
However, the Government’s position descended into confusion on Thursday as No  10 attempted to argue that Mr Cameron’s commitment to increase spending “beyond 2015” does not apply to the 2015-16 financial year.
The Prime Minister’s references to spending beyond 2015 “means starting in 2016”, Downing Street said on Thursday. “He was referring to the financial year starting in 2016,” a spokesman said.

Thanks to Dick Budgen, who also comments that “the drawing is more accurate than one would usually expect”.

Following my post from last month, I was recently sent a new picture, shown above, of the real oar used by Melvin (“Dinghy”) Young in the University Boat Race in 1938. The oar belongs to a member of the Young family who lives in California. Shown in the same picture is another souvenir oar used by Melvin when he rowed for his college, Trinity, in 1936. The picture was supplied by Arthur Thorning, Young’s biographer.

There are a number of differences between this oar and the mystery oar shown on the BBC Antiques Roadshow on 6 January, as can be seen when you look at the two side by side.

1. The shafts are on different sides: Young oar (YO) on the right, Antique Roadshow oar (ARO) on the left.
2. The colours are different. YO is dark (Oxford) blue, ARO is grey-blue (a colour that doesn’t belong to either Oxford or Cambridge).
3. YO has the full initials for H.A.W. Forbes, F.A.L. Waldron and G.J.P. Merifield, ARO has shortened these to H.A. Forbes, F.A. Waldron and J.P. Merifield.
4. YO has the President’s name on the right, ARO on the left (not seen in picture above but visible earlier in the video.)

However, there are some similarities between the two, which makes me think that the ARO may have been copied from the YO, or perhaps from a photograph (as Young’s oar was almost certainly already in the USA when the film was made.) These are principally in the abbreviations used and the style of the lettering. The college abbreviations are exactly the same (Magd., B.N.C., St. Ed. Hall) and the crew weights are also identical. A ‘blackletter’ (sometimes wrongly called Old English) font has been used for the heading and a serif font (in both roman and italic styles) for the remainder.

Comparison of the ARO with a still from the 1955 film The Dam Busters has convinced me that it is either a prop from the film, or a copy based on the film (although the whole oar is never shown in the film). The lettering looks identical, and as the film was shot in black and white, it would not have mattered that it was not an exact Oxford blue.

After the original Antiques Roadshow programme was transmitted, I contacted the production team and was sent a copy of a response by Paul Atterbury, the expert who assessed the oar:

Our recent Dambusters item has provoked a large response, which doesn’t surprise me. What does is the variety of responses, ideas and information we have received, implying a certain lack of agreement about this story. As a regular Roadshow specialist working in the miscellaneous section, I have to deal quickly, and as accurately as I can, with a wide and very unpredictable range of things brought in by the public. We have no advance knowledge of what is going to come in on the day, and only very limited time to carry out any research before something is filmed. We have to assume that the background information supplied by the owners is straightforward. In the case of the oar, it seemed to me a genuine blade, rather than something constructed as a film prop. Over the years I have seen plenty of them. The colours, and style of painting implied the right period, and the condition the right patina of age. Obviously, the names could have been added later to an existing blade, but it would seem an unnecessarily complicated, obscure and not particularly valuable copy or fake. Equally, the film company could have painted an existing oar, but that again seems an elaborate and expensive process for a few seconds of filming in black and white. As I said in the item, there was no guarantee this was Young’s blade, as there would have been seven others at the time, and it could have come from any of those families.

Any further information would be gratefully received!