Lynn Boothman has kindly sent me a photograph of the wedding of her parents Bill and Janet Boothman, at which the best man was her mother’s friend, Neville Whitaker. The wedding took place shortly after the war started, on 16 September 1939. In the photograph, Whitaker is standing second from the left, and the bride and groom are fourth and fifth from the left. The picture was taken outside the Whitewell Hotel, Whitewell, Lancashire, where the reception was held. The marriage ceremony had taken place earlier in St Michael’s Church, Whitewell, which is nearby. Lynn recalls that, on a much later visit to the hotel, her mother informed the staff that the reception had cost 1/6d a head.

Whitewell is a small historic village in the Forest of Bowland, Lancashire. Janet Boothman, née Slater, had been the only teacher in the Whitewell village school before her marriage, and because of the war continued in this position for some time after. Bill Boothman was a gamekeeper on the local estate, which at the time was owned by the Towneley family, and the Boothmans lived in a cottage on the estate. The photograph below was taken when Whitaker visited them at their home.

In another photograph, he is shown cycling near the Boothmans’ cottage:

Arthur Neville Whitaker, the bomb aimer in the Vernon Byers crew in AJ-K, was one of the handful of men in their thirties who took part in the Dams Raid, having been born in Blackburn on 8 September 1909. He went to Queen Elizabeth’s Grammar School Blackburn, and then studied accountancy. After qualifying, he moved to a job in a firm of musical instrument makers in Blackpool, and played football for a local team, Thornton Cleveleys FC.

When the war started, Whitaker first joined the army, switching to the RAF in May 1941. He was selected for aircrew training and qualified as an observer and then as a specialist bomb aimer. In November 1942, he joined 467 Squadron in the crew of Sgt Herbert Vine, but later switched to Vernon Byers’s crew. In total, he had flown on just eight operations before being posted to 617 Squadron at the end of March 1943.

At some point, Whitaker gave the Boothman family this formal photograph of himself in RAF uniform. 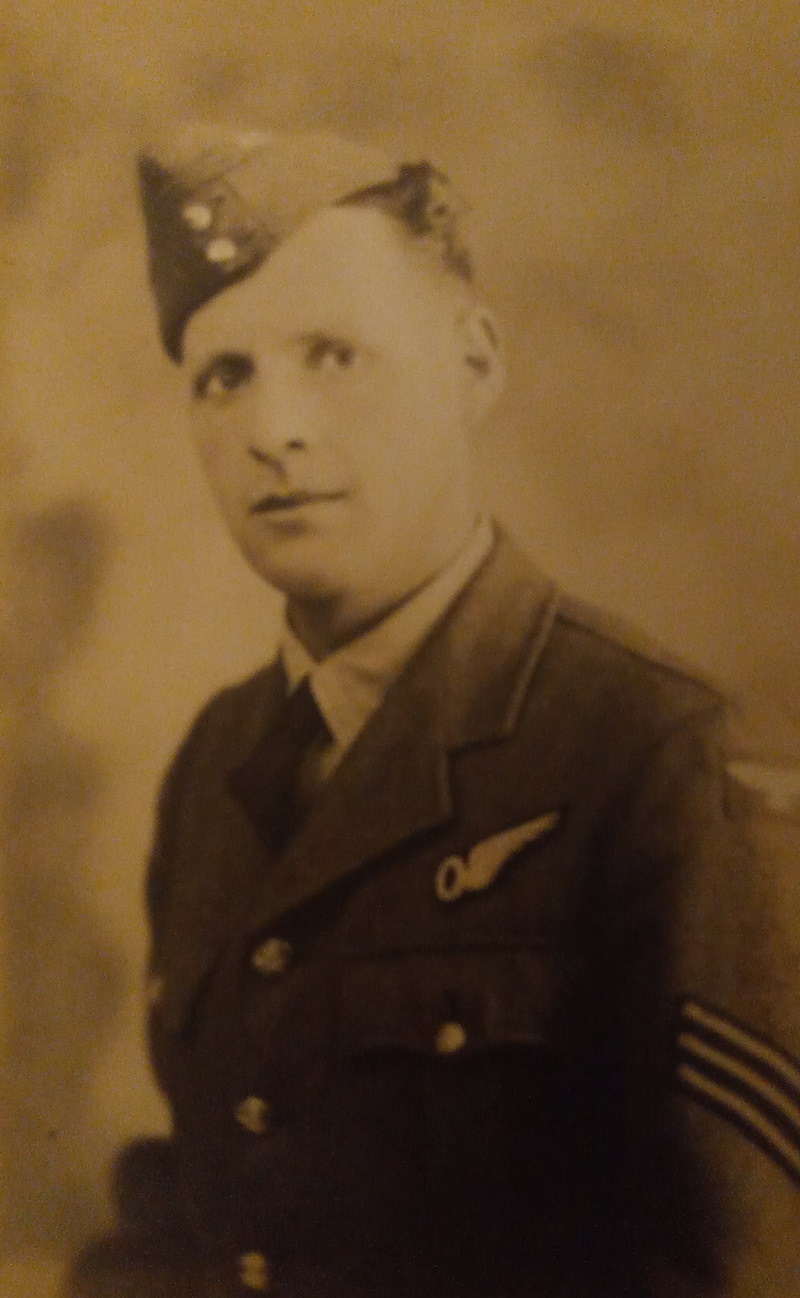 Whitaker died along with the rest of the Byers crew, shortly before 11pm on Sunday 16 May 1943. They were shot down near Texel island off the Dutch coast, and AJ-K plunged into the Waddenzee. The body of rear gunner James McDowell was the only one recovered, and the rest of the crew are commemorated on the Runnymede memorial. A further memorial to the whole crew will be unveiled near McDowell’s grave in Harlingen cemetery when restrictions are lifted.

Thanks to Lynn Boothman for the use of pictures and further information.