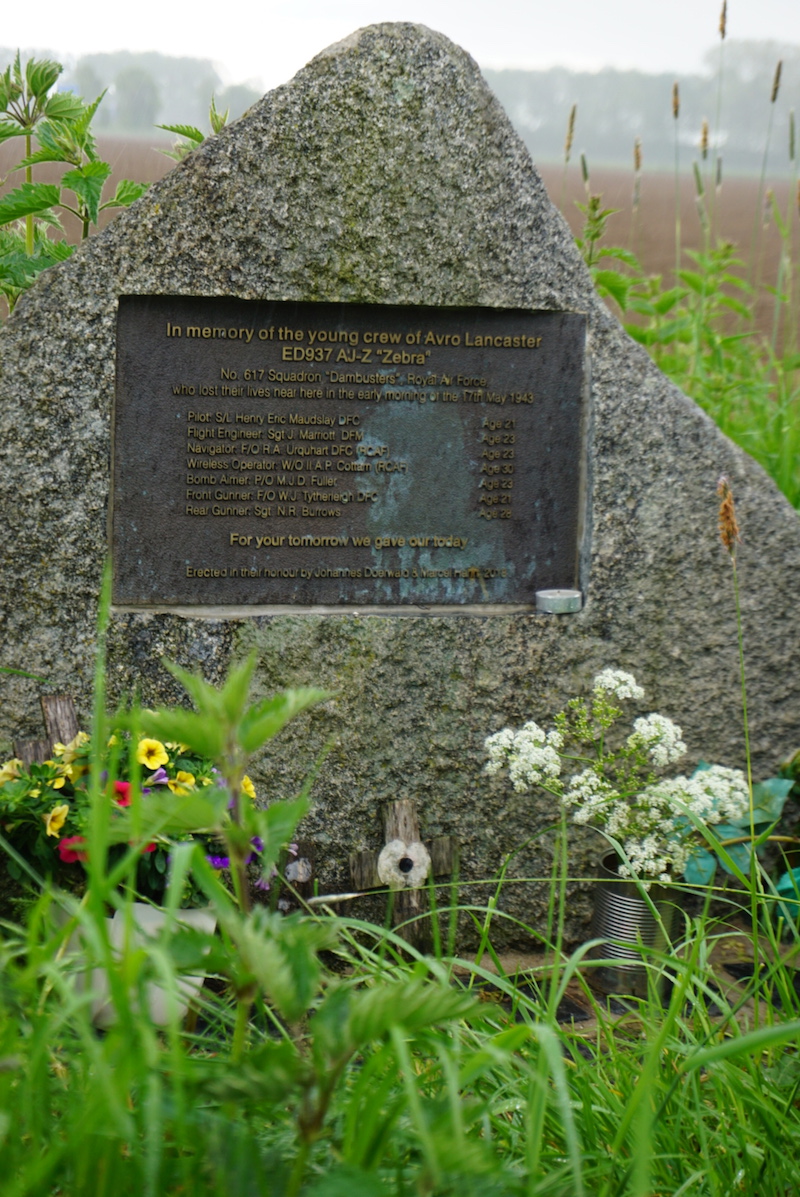 The tributes shown above at the crash site memorials for AJ-E and AJ-Z were left by local people on the 78th anniversary of the Dams Raid, 17 May 2021. I am sure that all readers of this blog are very grateful to those who are responsible for installing and maintaining these memorials. (Many apologies to all concerned for not posting these pictures earlier.)

AJ-E was piloted by Flt Lt Norman Barlow DFC, an Australian who had previously completed a tour of operations in 61 Squadron. While flying at low level towards an attack on the Sorpe Dam, their aircraft hit electricity wires near Haldern and crashed at 2350. All on board were killed.

AJ-Z was piloted by Sqn Ldr Henry Maudslay DFC, commander of 617 Squadron’s B Flight, who had previously completed a tour of operations in 44 Squadron. His aircraft was brought down by flak, returning towards the coast after dropping its mine at the Eder Dam. All on board were killed.

The fourteen men from both crews are now buried in Reichswald Commonwealth War Cemetery, shown below in another photograph by Curt Fredriksson.

We should never forget that as well as the 53 men from Britain and the Commonwealth who died on the Dams Raid another 1,341 lost their lives as a result of the destruction caused by the bombing.