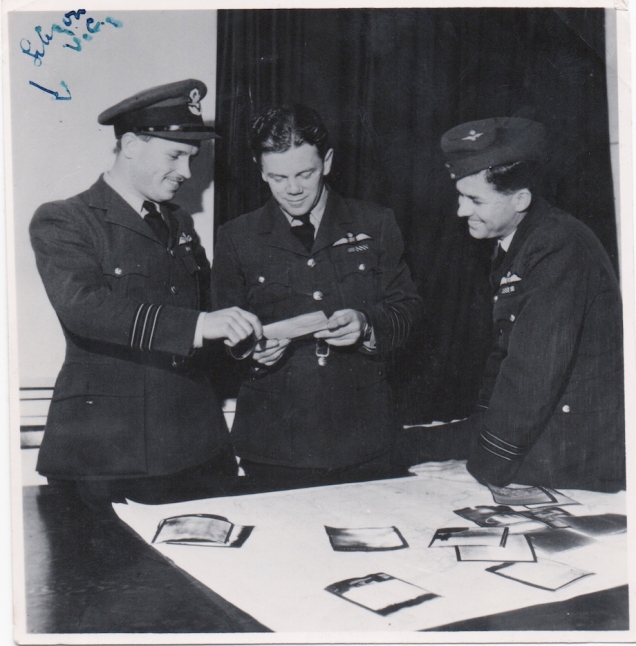 To mark tomorrow’s 76th anniversary of the Dams Raid, here is a rarely seen photograph of Guy Gibson, taken while he was Commanding Officer of 106 Squadron at RAF Syerston. It is undated, but must have been taken before 8 December 1942 as the central figure is Gp Capt Augustus Walker, CO of RAF Syerston, who lost his right arm that day on his own airfield, trying to rake burning incendiaries from an aircraft which had somehow ignited. The man on the right is Wg Cdr Richard Coad, the CO of 61 Squadron, which was also based at Syerston.

Gibson was one of those who accompanied Walker to hospital after his accident, and it was while Walker was being treated that Gibson first met Cpl Margaret North, a WAAF nurse, with whom he later had an intense but platonic liaison.

[Thanks to Valerie Davies Arends for the use of this picture.]