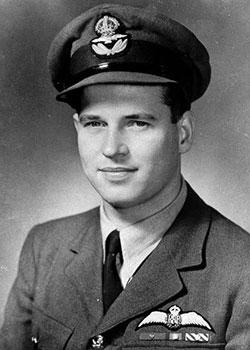 The case below was reported on various websites just before and after Christmas. I refrained from posting about it until now because I didn’t want its important story to get confused with the recent auction of some genuine memorabilia connected with my family, which included the Dams Raid wooden bomb sight.
This story concerns a collector based in Yorkshire who goes by the name of “AndyB”. He has recently been involved in litigation with a Lincolnshire company called Military Trader UK, which is run by Mr Tony Flitter and his son Mr Nigel Flitter. The company has a website called http://www.militarytrader.co.uk and is a regular seller on Ebay.
I should add here that I have no connection with AndyB.
Over the course of the last two years, AndyB purchased a number of items from Military Trader UK which purported to be objects owned or used by various members of 617 Squadron during the war. Sadly, it turned out that although these were genuine wartime items, they had been “enhanced” in various ways, with handwriting or typed labels which supposedly added provenance.
After being threatened with litigation, Military Trader UK eventually returned AndyB’s money to him, and paid his legal and professional fees. I understand that this came to a total of about £17,000.
I believe AndyB should be commended for bringing the story to public attention. Many people would be tempted to slink quietly away, satisfied that they had got their money back, and not wanting to invite people to think how gullible he might have been.
Please be careful if you are tempted to buy something that claims a connection to 617 Squadron or the Dambusters, and get independent advice. In particular, if you notice any of the items listed below back on sale anywhere, please let me know.
The words below were written by AndyB. You can see his original post at this forum.

Due to the final agreement made between myself and Military Trader UK, not including a confidentiality clause, I am now at liberty to make other collectors aware of my experience which I feel is important in order to prevent the same thing happening to them.

Military Trader UK is run by Mr Tony Flitter and Nigel Flitter trading from Unit 10 Tattershall Park, Tattershall Way, Fairfield Industrial Estate, Louth, Lincolnshire, LN11 0YZ with their website address of militarytrder.co.uk and Ebay user name of militarytrader-uk, amongst others. In summary in April 2014 I wrote to Military Trader as it had come to my attention that items purchased from them were not what they had made them out to be. Over the previous two years I had purchased from Military Trader (UK), various Dambuster related items which were as follows:

These items were all attributed by Military Trader to 617 Squadron and their personnel and at a cost of over £13,000

Following the last item purchased I discovered that there was immense doubt that items in question are not what they were described to be.

The Sales of Goods Act 1979 makes it an implied term of the contract that the goods be as described. Items that required expert verification or authentication to determine whether they were authentic or not were dealt with in the appropriate manner and an expert witness was found whose extensive report, had this case gone to Court, would have confirmed that these items had been misdescribed and misrepresented. In relation to these aforementioned items false verbal reassurances were given directly to me by Military Trader, they described the items as something they were not, in many cases this was supported by written evidence in the form of labels, signatures and other writing.

The signatures, writing and labels had all been studied by an independent writing expert ( calligrapher ) whom I engaged to help me confirm that the handwriting and typed labels all came from the same source. It was confirmed that all of the writing is of the same hand. The consistency of this handwriting then led to the fact that the writing and signatures which Military Trader purported to be original were from one source only, that being Military Trader. Therefore these written pieces and signatures which they claim corroborated and verified their items were false and could not be attributed to the persons or establishment as Military Trader claimed. Furthermore the professional examination of handwriting also extended to the Gibson’s Pilots book which had also been confirmed as containing writing by the same hand and therefore could not possibly have belonged to Gibson.

Consequently, with reliance on written evidence, I was able to prove beyond reasonable doubt that items sold by Military Trader to me were in fact not what they verbally reassured me they were, certainly did not match their written description and did not have authentic signatures.

Under the Unfair Trading Regulations 2008 I would be described as a “Targeted Customer” by them. The false information which they gave me verbally and in writing was been deceptive. They had engaged in misleading action under Section 5 and through their deceptive descriptions and presentation of items I had been duped into entering into contracts to purchase the items in question from them.

In summary under the Sales of Goods Act 1979 due to the fact that the items have been “misdescribed” they were in breach of contract and I advised them that I was rejecting the items and requested that they refunded the total sum paid to them.

Prior to me writing to them in April 2014 I had already received a small sum from Military Trader for a refund for other items of forged provenance. During legal correspondence my solicitor pointed out that despite the basis of my claim being that Military Trader knowingly and deliberately faked the provenance of items and manufactured documentation to substantiate that false provenance, their solicitor’s letter was remarkably silent on this point, not even venturing a denial in without prejudice correspondence. This speaks for itself.

I would comment that it was not all of the items in the list above that I could prove had been fraudulently enhanced, it was in particular items supported by handwriting, labels and signatures. The enhancement of the higher priced items obviously in turn caused much doubt as to the authenticity of all of the other items. Tony and Nigel Flitter were aware of my passion in 617 Squadron and specifically the Dambusters and did target me as a customer.

In my opinion the amount of money that they charged me for these enhanced items was “ripping off” at its worst. It has taken me most of this year to be reimbursed for all of the items which I purchased from them, plus being reimbursed for all of my legal costs and the Professional Calligraphers report. This case did not go to court as Military Trader decided to settle and pay all of my costs in return for the items which I gladly returned. I had my evidence prepared and there was not even a murmur of any declaration from them as to the authenticity or genuineness of the items, the authenticity of which the Calligrapher’s report dismissed due to the fake handwriting and other significant issues.

It has been noticed that there have been items for sale on Ebay which are items not relating to 617 Squadron which have also been proven by the Professional Calligrapher to have the same handwriting on the items. This handwriting is done by Military Trader and is not the authentic handwriting which a genuine item would have on it.

Notwithstanding the hundreds of items, which are sold by Military Trader via their website and also via Ebay under militarytrader-uk and other associated accounts, which are genuine it is an utter shame that Tony and Nigel Flitter need to resort to enhancing items in order to purport them to be something that they are certainly not, thereby enabling them to command a much higher price for these said items.

The moral of this story is if you are in any doubt of the authenticity of an item purchased it would be advisable to consult an independent military specialist. If that item is then found to be not what it is purported to be please report it to Lincolnshire Trading Standards or Lincolnshire CID who will add it to their investigation. We have to keep items such as these out of the market place as it is harmful to genuine pieces and is just simply irritating for collectors, whether they be serious collectors, just starting out or have a slight interest.

Please be aware of these items coming back onto the market and if you come across them with the same description or anything which is similarly doubtful report it and help put a stop to fraudulent trading.

8 thoughts on “‘Gibson’s cap’ and other Dambuster fakes exposed”