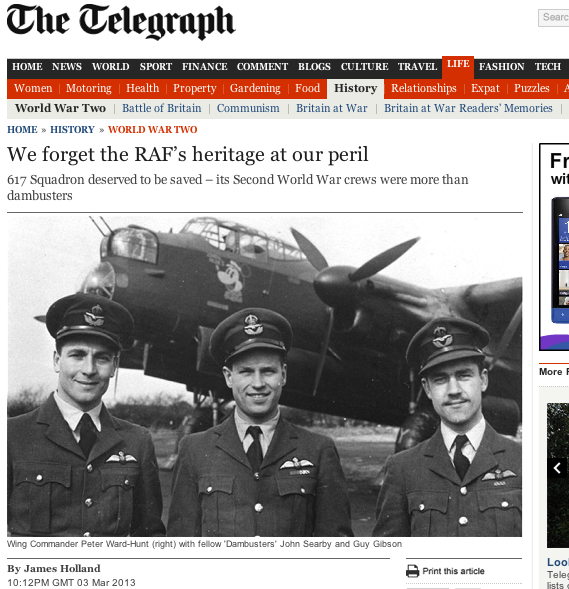 Retired RAF officers all over the country will have been harrumphing into their cornflakes this morning as yet more evidence of the decline of editorial standards in the national press is presented. This time it’s at the Daily Telegraph, a paper which once employed a real life Air Commodore as its Air Correspondent. To illustrate a story about the continued role of 617 Squadron , it chose a picture which purports to show three “Dambusters”. Unfortunately, only one of them actually served in 617 Squadron – Guy Gibson, in the centre of the trio above. On the right is Peter Ward-Hunt, who had a distinguished career as a bomber pilot in a number of squadrons, and whose obituary was in the Telegraph when he died in 2005. On the left is John Searby, who took over from Gibson as CO of 106 Squadron.
Memo to Telegraph subs: “There is the wonderful new invention called Google, you know. You can use it to check facts!”