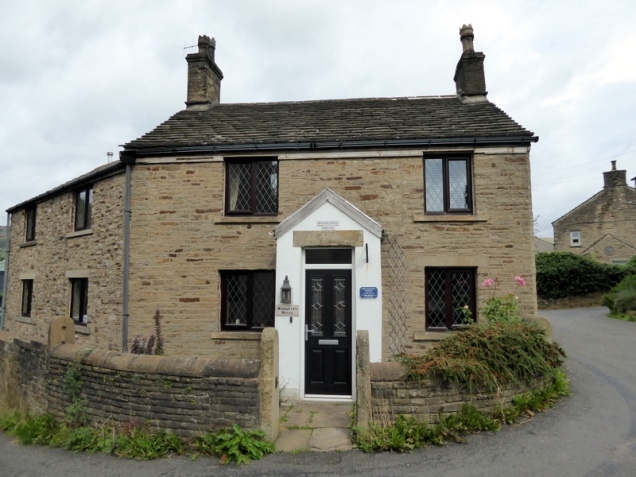 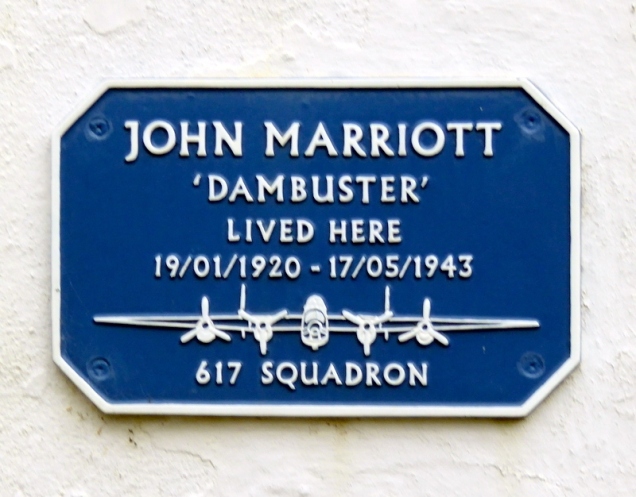 I am much looking forward to seeing Frank Pleszak’s new biography of Jack Marriott, the flight engineer in Henry Maudslay’s crew on the Dams Raid. Before joining Maudslay, Marriott had flown on 23 operations with 50 Squadron, in Flg Off Drew Wyness’s crew, and had been awarded the DFM. At this stage of the war, it was rare for flight engineers to be awarded this honour. He flew another three operations with Maudslay before the crew were transferred to 617 Squadron in March 1943.

While researching Marriott’s story, Frank spent some time uncovering the background to how a plaque came to be erected at Middleton House in the village of New Smithy.  It had been lived in by the Marriott family.

Frank takes up the story: “It seems that after Jack’s father had died Middleton House continued to be occupied by Jack’s sister May Hawkesley. By the 1950s the house had become unsuitable and she wanted to be nearer to the centre of Chinley and its services. She arranged for a house swap with Chinley resident Graham Hadfield who once in occupation modernised the house, including removing the rear staircase and replacing it with an upstairs bathroom.  Graham eventually sold the house to the present owner Raymond Ball in 1978. Sometime after moving in Raymond was in discussion with his neighbours and the topic of the previous occupants of Middleton House and of Jack’s involvement in the Dambusters was raised. Realizing the significance of the house Raymond felt that a fitting memorial should commemorate the short life of the Dambuster that had spent his early life there. So in 2012, at his own expense, he had a local blacksmith create the plaque which he duly erected by his front door.”

Frank Pleszak’s book, The High Peak Dambuster, is to be published by Airworld in March. See here for details.

5 thoughts on “Blue plaque on Marriott family house in Chinley”