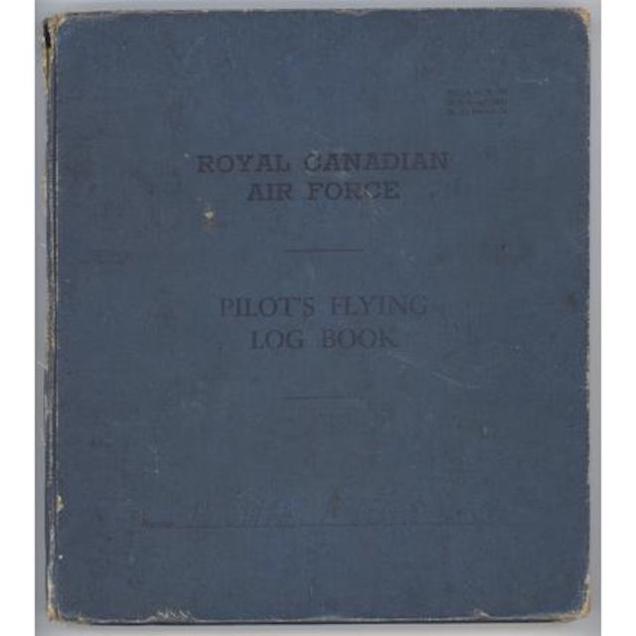 The pilot’s logbook belonging to Plt Off Vernon Byers is coming up for sale by Spink Auctions next week, on Wednesday 15 July. Also in the lot are his medals, his wings and other badges.

Byers, a Canadian from Star City, Saskatchewan, was the most inexperienced of the pilots who joined 617 Squadron in March 1943. He had flown as a pilot on just three operations, along with two more as ‘second dickey’, when he and his fledgling crew were posted out of 467 Squadron. However, he demonstrated enough ‘press-on’ attitude in his new posting to impress his commanding officer Guy Gibson, who recommended him for a commission on 17 April 1943. So he was given a place in the second wave, targeting the Sorpe Dam, flying in Lancaster AJ-K. He took off from RAF Scampton at 2130 on 16 May 1943.

Byers and his crew were the first to be lost on the Dams Raid, shot down on the Dutch coast at 2257. Despite the fact that they were off course, and had crossed Texel island which had more anti-aircraft defences than its neighbour Vlieland, it seems that they were very unlucky. The German guns could not depress low enough in order to hit an approaching aircraft flying at just 100 feet but having crossed the island Byers rose a little and it must have been a speculative shot from behind which did for AJ-K, and sent it down into the Waddenzee, 18 miles west of Harlingen.

The bodies of Byers and five of his crew have never been found. That of rear gunner James McDowell must have been detached from the wreckage at some time as it was found floating in the Waddenzee on 22 June 1943. He was buried the next day in Harlingen General Cemetery, and remains there today.

One thought on “Byers logbook up for auction”