Today, once more, a UK TV channel is upholding the Boxing Day tradition of showing Michael Anderson’s 1955 film, The Dam Busters on free-to-air television. This year it’s the turn of More4.

If past experience is any guide, the showing will prompt a number of searches on Google from people wanting to find out what is happening to the remake which was promised by the New Zealand film mogul Peter Jackson almost thirteen years ago, when he and the late Sir David Frost purchased the film rights.

There was a flurry of excitement on this subject a year or so ago, when Jackson was widely reported as saying that he was once more pressing ahead with the project. “It’s always been a great story,” he was quoted as saying, adding that he only had the rights for “another year or two”, so he would have to make a positive move soon.

This was followed in April 2019 by more speculation, which would appear to have come from a briefing by Jackson associate Christian Rivers, that Rivers was “trying to convince Jackson to produce the piece as a ten-part mini-series rather than in a straight movie format.”

Since then, in a scenario which will be familiar to readers of this blog, there has been silence. The failure of Jackson and Rivers’ Mortal Engines film project with a loss of almost $175 million (nominated as one of 2018’s “biggest box office bombs” by Deadline.com) may have focussed their minds. 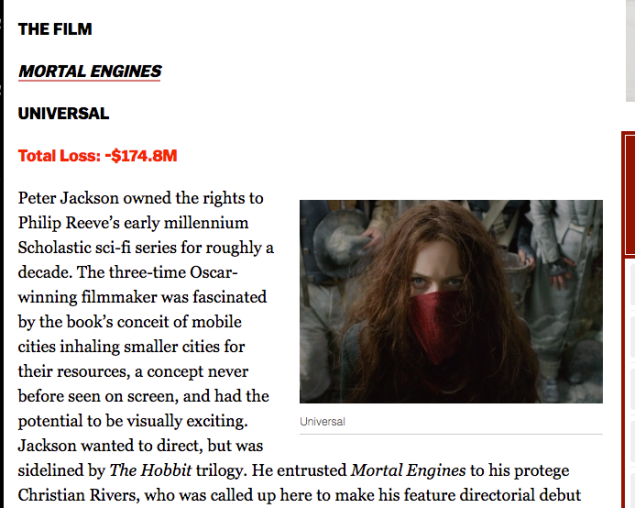 Michael Anderson died last year at the age of 98. It is fair to say that The Dam Busters was widely regarded as one of his best films, and one which will probably maintain its position in any future list of great war movies. In 2018, the hardnosed film production company StudioCanal spent a lot of money making a new high definition print of the original, and released it nationwide. It would not have done this if it did not think that it remains a commercial proposition. As I have said before, whether Peter Jackson can manage to deliver something as good by today’s standards will be a big test. But a film-maker of his talents is presumably relishing the challenge. And he has a limited time left in which he can make his move.

(If you missed today’s showing, don’t worry. It’s being screened again soon on More4, on New Years’s Day at 5.25pm!)