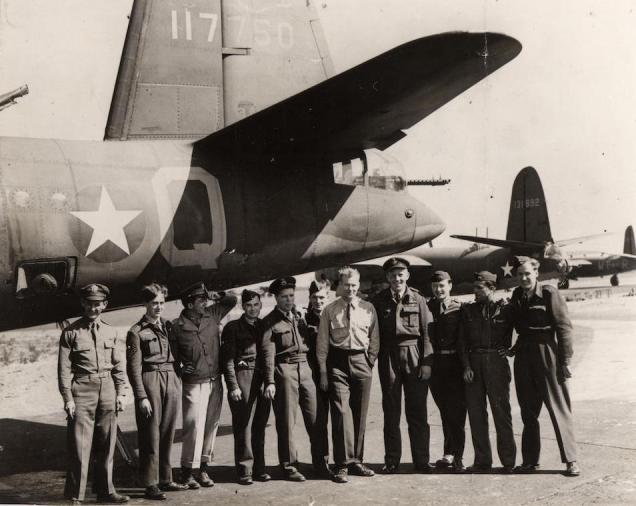 Joe McCarthy’s son, Joe McCarthy Jr, has kindly sent me some more information about the well-known picture of members of his father’s crew fraternising with the crew of an American B-26, taken at the Earls Colne airfield in Essex in 1944. I have previously reproduced a similar picture in the Dambuster of the Day article on Ron Batson.

Joe’s picture is a better shot obviously taken at the same time, as it doesn’t cover Johnny Johnson’s face. He also sent me a clipping from a newspaper given to him by Dorothy Bailey (daughter of Bill Radcliffe, the flight engineer in the McCarthy crew) which reproduces the same picture and helpfully includes a caption listing all the personnel: 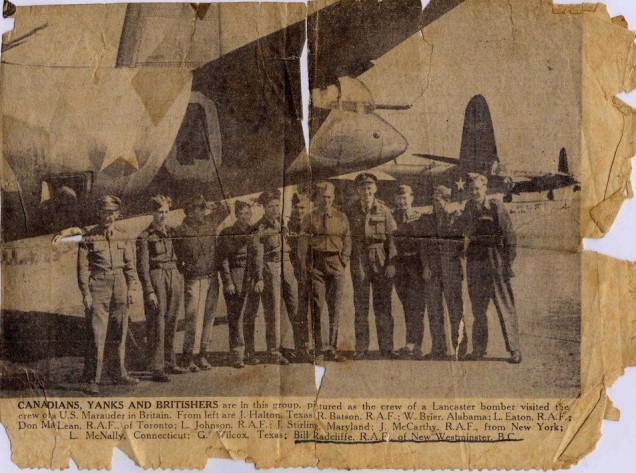 Two more interesting points from Joe. The return flight from Earls Colne to Woodhall Spa was probably the last time that Johnny Johnson flew with the crew, as he left the squadron shortly after. McCarthy’s new bomb aimer was ‘Danny’ Daniels who went on to fly with ‘Willie’ Tait, including on the Tirpitz raid.

Next to McCarthy is the American pilot Major John Bull Stirling, another US citizen who joined the RCAF before the USA entered the war. In fact Stirling had been in the same RCAF training class in Ontario as McCarthy but he chose to transfer into the US Army Air Corps after Pearl Harbor. According to this entry on the American Air Museum in Britain website, he had an eventful time during the war and died in 1988.

8 thoughts on “Joe McCarthy and his wartime friends”