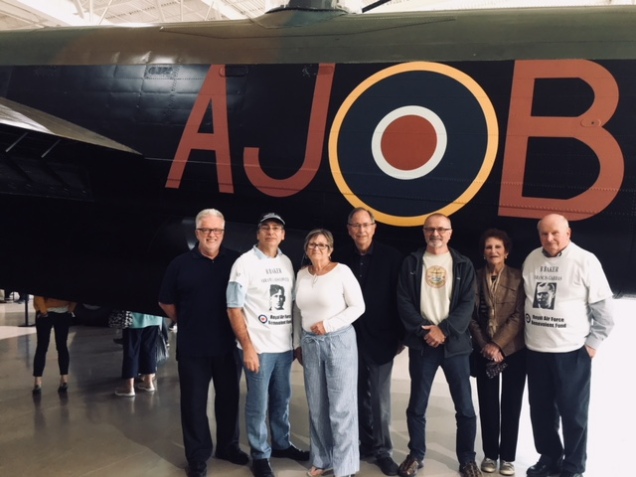 More Canadian Dambuster families gathered together in Ontario at the weekend, for a second event to commemorate the 75th anniversary of the Dams Raid. This took place at the Canadian Warplane Heritage Museum in Hamilton, Ontario, which is the home of Canada’s only flying Lancaster aircraft. Six families were represented, including those of Harvey Glinz, Stefan Oancia and Frank Garbas, who weren’t able to get to the gathering two weeks ago in Nanton, Alberta.

The picture above shows the attendees in front of the Lancaster, which is now carrying the code letters AJ-B, the same as that used on the Dams Raid by the crew captained by Flt Lt Bill Astell. This included two men from Hamilton, Ontario – Albert Garshowitz and Frank Garbas.