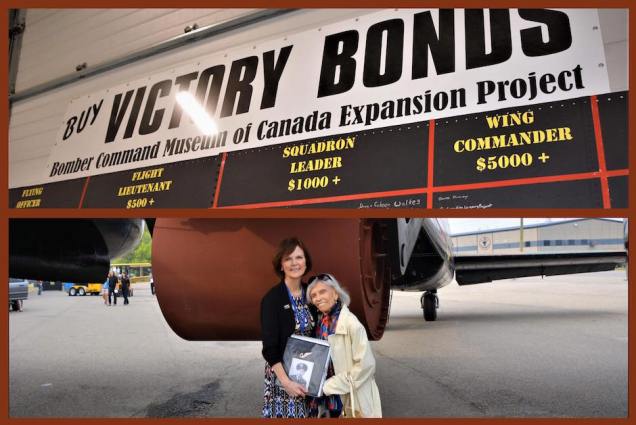 At the 75th Dams Raid anniversary event in Nanton last week (see post below), Mrs Doris Fraser and her daughter Shere made a substantial donation to the hosts, the Bomber Command Museum of Canada. The donation was part of the money confiscated from the assets of Alex Bateman, who was convicted in 2017 of the theft of Flt Sgt John Fraser’s logbook.

Commenting afterwards, Shere Fraser wrote: ‘We wanted to use the money for good, turning what was once tears to smiles. I felt victory last year returning Ken Earnshaw’s photo album to his family, and this weekend it brought us tremendous happiness to use the damages money to honour the courage and memory of 617 Squadron.’