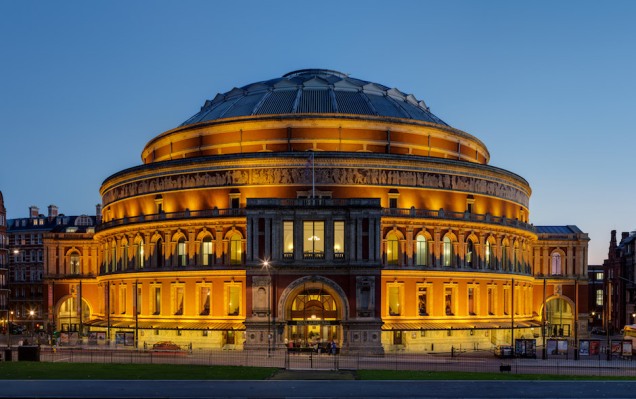 I have realised that I haven’t yet written about the gala showing of The Dam Busters at the Albert Hall on 17 May, even though it’s now more than three weeks after the event. I had a very small walk-on role in the preliminary festivities, and I hope the fact that the composite picture of all 133 men from 617 Squadron was projected onto the screen behind me while I spoke was enough of a tribute to all of the men who took part in the raid.

It was great pleasure to meet members of several Dambuster families for the first time, and I hope that this network will grow in strength. Many more families also made contact with me during the other events of that week. It was also a pleasure to meet Sally Scott, the granddaughter of Michael Anderson, who read an extract from his memoirs about the making of the 1955 film.

Revelation of the night for me was Elizabeth Gaunt, née Wallis, saying that she had actually played a small non-credited speaking part in the 1955 film, as a laboratory technician in the sequence at the giant water tanks in the National Physical Laboratory in Teddington. Her appearance, when it came round 40 minutes or so into the film itself, drew a big cheer from the audience.

A bucket collection was taken for the RAF Benevolent Fund as the audience left the hall.

8 thoughts on “At the Albert Hall, for one night only”