Barnes Wallis had never been back to Reculver in Kent, the place where the final test drops of his “bouncing bomb” took place in May 1943, until he was taken there by Ray Hepner in 1976. Above, in this previously unpublished photograph taken by Ray and kindly given to me by him, he surveys the scene. Below is a still from the film sequcnce shot of the tests, now in the Imperial War Museum. Wallis is the bareheaded figure on the far left of the group. In the film, he is seen to be waving his arms as if to urge the bomb onwards.

Update: Mark Welch kindly pointed out the error in the title of my original post, “Barnes Wallis at Reculver, 43 years on”. My maths was badly wrong! 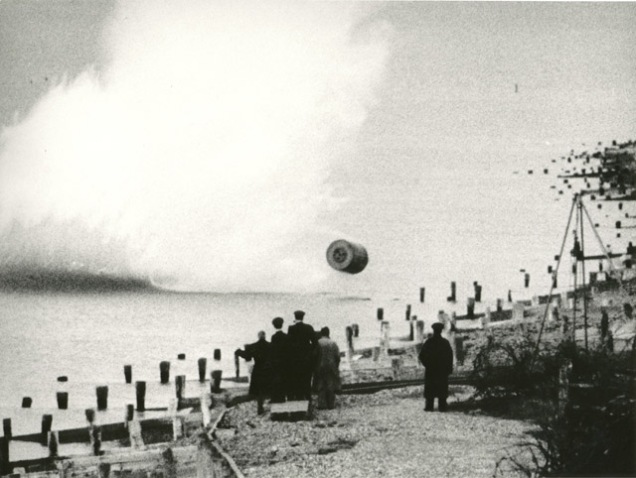 4 thoughts on “Barnes Wallis at Reculver, 33 years on”