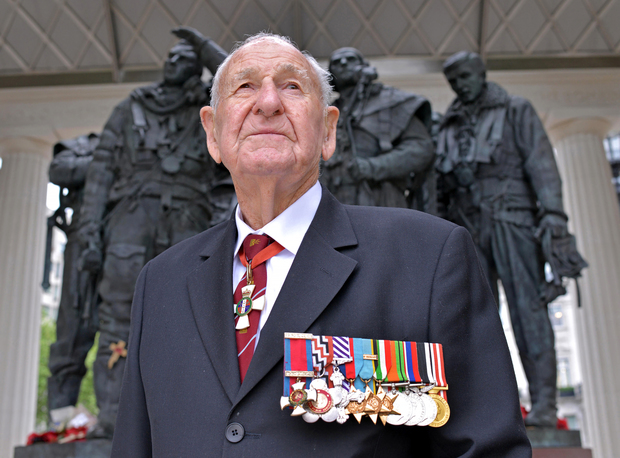 The generous offer by Les Munro to sell his medals and memorabilia to raise funds for the Bomber Command Memorial in London has now been matched by another from the British peer and collector Lord Ashcroft, which means that the collection will stay in New Zealand.
Lord Ashcroft has offered to pay £75,000 for the collection and the Museum of Transport and Technology in Auckland is donating a further NZ$20,000. The collection will be displayed in the Museum.
This seems to be the best result possible. The medals and memorabilia (which include a signed menu from the post raid dinner at the Hungaria Restaurant) will now stay in New Zealand as a permanent reminder of the proud role played by the country’s aircrew in Bomber Command. And the fund to maintain the memorial gets a substantial financial boost.
Les Munro (and his family) should be congratulated for their generosity in making the collection available for posterity. Incidentally, the listing for the sale contains a very long article about Les, which can be downloaded as a PDF and is well worth reading.
Lord Ashcroft is well known for his philanthropy and his interest in military history. He is a trustee of the Imperial War Museum in London, which houses his collection of Victoria and George Crosses.