Last Saturday, I went to a reunion at my old school, St Edward’s in Oxford. It was a very pleasant occasion, helped along by the warm June weather traditional at such events. However, I was somewhat surprised during the chapel service when the chaplain announced that the tune to the next hymn might be a familiar one. The organ then sounded with a well known refrain, while I leafed hurriedly through the hymnal to the relevant page, and found this: 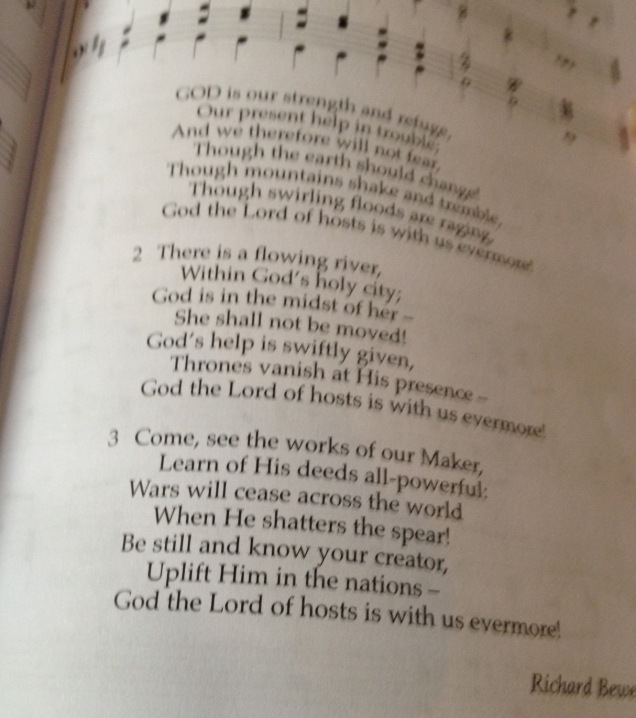 The words are new to me, perhaps, as I’m not a regular churchgoer, but they have apparently been around for some time. In fact they were written by the Rev Richard Bewes, sometime Rector of All Souls, Langham Place, and are based on Psalm 46.
I spent five years at St Edward’s in the 1960s, and spent many hours in services in this chapel, which is lined with hundreds of individual hand-painted plaques commemorating boys who died in the Great War. I whiled away endless dull sermons reading their details – a Lieutenant in the Staffordshires, a Captain in the Ox and Bucks, a Private in the 1st Canadian Battalion – without really contemplating what the stories behind these names might reveal. And I would also flick through the hymnal, noting the great names – Wesley, Vaughan Williams, Milton, Alexander – whose fine music was thundered out each week by 500 adolescent voices. “Lift up your hearts”, “Jerusalem the Golden”, “Guide me O thou great Jehovah”. Even today, as I type out the titles, the words and tunes still ring through my brain. Will “God our strength and refuge” ever be added to the list? I’m not certain it will. It is such a famous piece of orchestral music in its own right that I have to say I wonder if it really needs a vocal line. Does Beethoven’s 5th? Or the Blue Danube?
The awful toll from the First World War meant that there was no room in the nave of St Edward’s chapel for individual plaques for those who fell two decades later in its successor conflict. So it is in a side ‘Memorial Chapel’ that we find the only reference to one of the school’s most famous Second World War casualties. Their names are listed undifferentiated by service or rank, so G P Gibson appears here between R George and H T Gilbert. 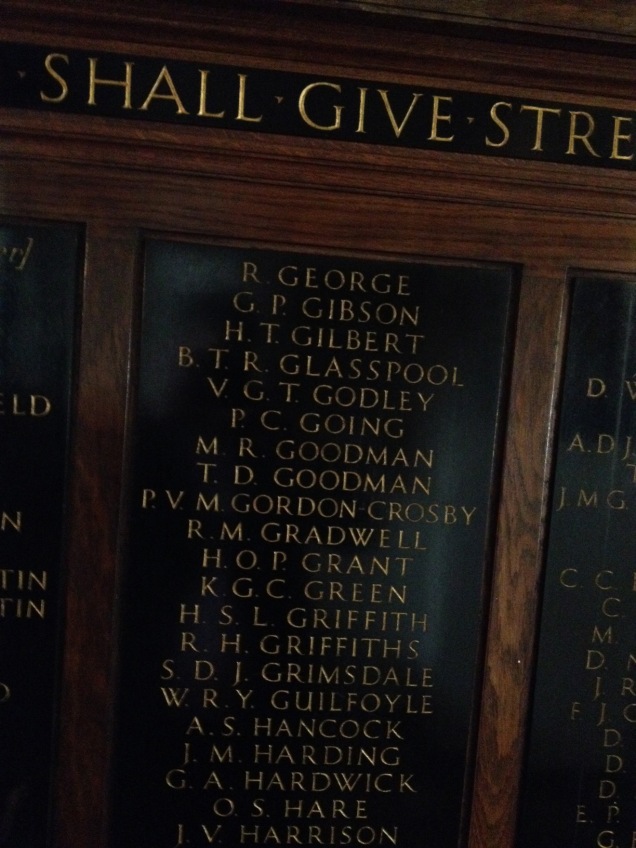 After this war, the school’s particular contribution to the RAF was noted with a special memorial window, depicting a flier:

A series of portraits were later commissioned, noting also the service of several RAF war heroes such as Arthur Banks, Adrian Warburton and Douglas Bader (who of course survived the war, and in my time was frequently to be seen making his jerky way around the school as one of its Governors). I am not sure that the Gibson portrait is an exact likeness, but the subject’s maroon VC ribbon makes it recognisable as him, since he received the only one ever awarded to a St Edward’s old boy: 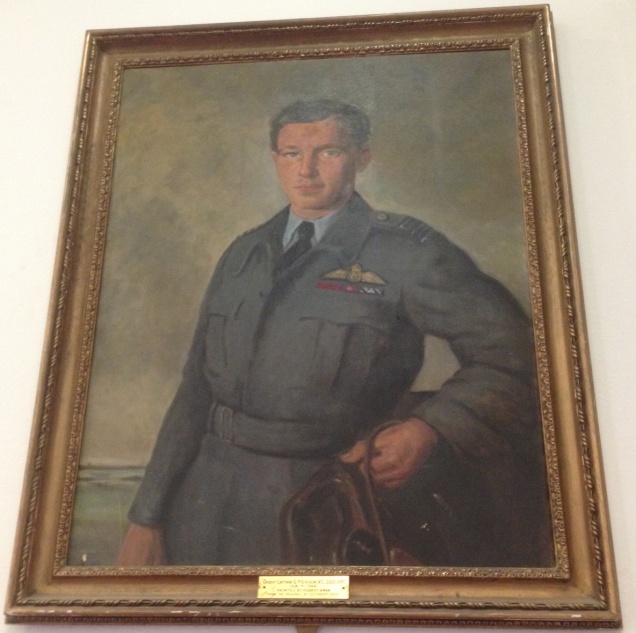 St Edward’s has one further connection to the Dams Raid. Between 1899 and 1901, my grandfather Ettrick Maltby was a pupil at the school. He went on to own and run a prep school outside Hastings called Hydneye House. Many Hydneye boys went on to St Edward’s to complete their education but, curiously, they did not include Ettrick’s only son, David Maltby, who went instead to Marlborough.
However, in 1943, Ettrick was delighted to read that his own Alma Mater had produced 617 Squadron’s commanding officer, and wrote to his old friend, its Warden [Headmaster] Henry Kendall. 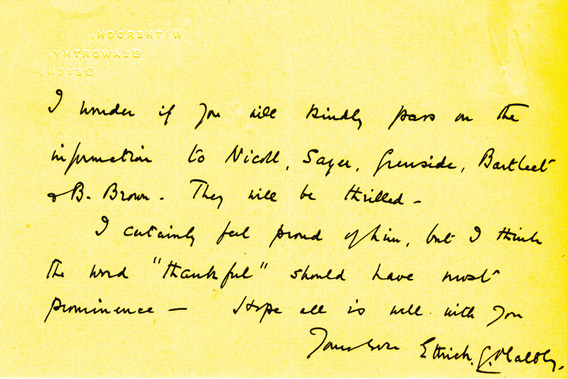 Pic: St Edward’s School archive
Floreat St Edward’s, indeed. It can’t have been that unusual that two young men with connections to the same institution would end up serving together in the same Second World War RAF squadron. For example, John Hopgood, another Marlborough old boy, was also a pilot on the Dams Raid and had been a close friend of Gibson’s in 106 Squadron. The fact that both Guy Gibson and David Maltby took part in the RAF’s most famous bombing operation, and are together immortalised in a famous photograph taken in July 1943 doesn’t, as I’m sure they would both have said, make them any different from the 55,000 of their colleagues from Bomber Command who paid the ultimate sacrifice. May they all rest in peace.

4 thoughts on ““Though swirling floods are raging””