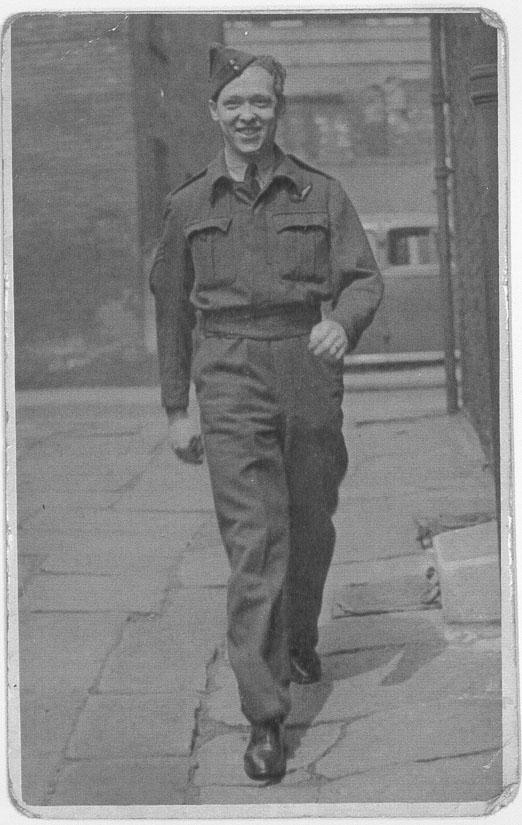 William Hatton was born in Wakeﬁeld, Yorkshire, on 24 March 1920, the oldest boy in a family of four children, two boys and two girls. Their parents were George and Florence Hatton. William Hatton went to Holy Trinity and Thornes House schools in Wakefield.

He joined the RAF at the outbreak of war, and worked in groundcrew. In May 1941, he went to RAF Speke in Liverpool where he serviced aircraft in the Merchant Ship Fighter Unit. This was a short lived scheme in which Hawker Hurricanes were sent to sea on special merchant ships, which were equipped with catapults for launching them. The plan was to enable the Hurricanes to be launched far out at sea to help protect the Atlantic convoys. The only drawback was that they had no way of landing, so the pilot had to bale out of the Hurricane and let the aircraft fall into the sea.

When the opportunity arose for experienced groundcrew to become ﬂight engineers on heavy bombers, Hatton applied and was sent to the only ﬂight engineer training facility, No.4 School of Technical Training at RAF St Athan.

After qualifying as a flight engineer in late 1942, Hatton was posted to RAF Swinderby, to join 1660 Conversion Unit on 5 January 1943. There he crewed up with Vivian Nicholson, Antony Stone, John Fort and Harold Simmonds, who had moved into the last phase of training with their pilot Flt Lt William Elder. On 23 February 1943, the new crew were posted to 207 Squadron to begin operations but unfortunately two days later Elder was killed on a ‘second dickey’ trip. A month later the pilot-less crew was transferred to 97 Squadron at Coningsby, where they were allocated to David Maltby, returning to operations after his inter-tour break. The whole crew was transferred to 617 Squadron on 25 March 1943.

After the raid, all the aircrew were sent on leave. Such was the excitement that a number of local papers covered the story, with Hatton’s arrival back in his home town given the headline ‘A Wakefield Hero’ in the Wakefield Express. The paper sent a photographer to his family house and took the photograph seen above in the street outside.

Four months later, on 14 September 1943, Hatton took off from RAF Coningsby on 617 Squadron’s first major operation since the Dams Raid. When their aircraft suffered its final crash it sank with the bodies of all the crew except the pilot, so he has no known grave. William Hatton is commemorated on the Runnymede Memorial.

Further information about William Hatton and the other 132 men who flew on the Dams Raid can be found in my book The Complete Dambusters, published by History Press in 2018.