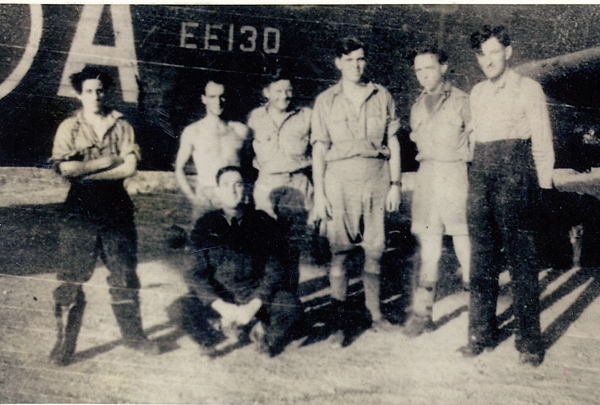 Today’s Sunday Express contains a two page feature about the last flight of Sqn Ldr David Maltby and his crew, on 14/15 September 1943, almost exactly four months after the Dams Raid. This was an attack on the Dortmund Ems canal, which was called off when weather conditions over the target were found to have deterioriated. As Maltby turned the aircraft back towards base, some sort of explosion occurred and it crashed into the sea with the loss of everyone on board.
What caused the explosion has been the subject of some speculation over many years. When researching my book, Breaking the Dams, I came across some documents in the National Archives which indicate that the crash may have occurred because of a collision with a Mosquito on another raid, out of radio contact and also returning to base. The Mosquito was from 139 Squadron, and was piloted by Flt Lt Maule Colledge. he full story is told in my book, and in abbreviated form on my other website, breakingthedams.com.