Although David Shannon was an Australian, he stayed on in England after the war, joining Shell as an executive. He spent some time in both Colombia and Kenya before returning to the UK. He died on 8 April 1993, shortly before the planned 50th anniversary reunion of those who took part in the Dams Raid.
Shannon’s romance with Ann Fowler, a WAAF officer serving with 617 Squadron, and their subsequent marriage is a recurring theme in Paul Brickhill’s book, The Dam Busters. Ann Shannon died a couple of years before her husband and they are both commemorated with stones in the churchyard of St Michael and All Angels in Clifton Hampden, Oxfordshire. The size of the stones would indicate that they were both probably cremated.
Shannon’s obituary in The Times can be read here.
Pictures kindly sent to me by reader Paul Hilton. 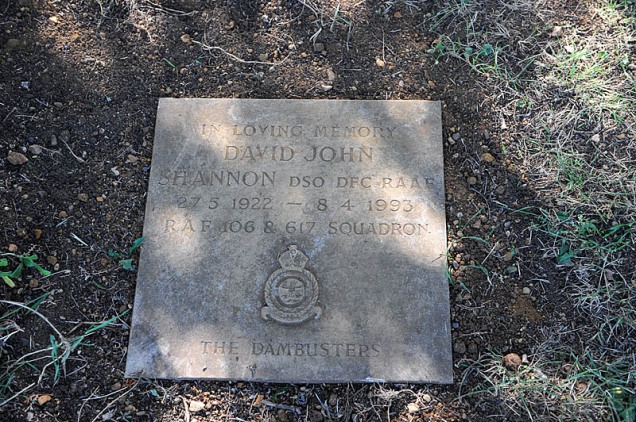